Assessing Loss of Biodiversity in Europe Through Remote Sensing: The Necessity of New Methodologies

Access to the book Biodiversity Loss in a Changing Planet

In this paper and at European level, we analyze the gaps and contradictions between a remote-sensed land cover map (CORINE Land Cover) and a map obtained from the EUNIS database which represents the spatial distribution of the natural and semi-natural habitats in the European Community. Gaps and contradictions that arise between both sources when using land cover maps to assess biodiversity conservation. 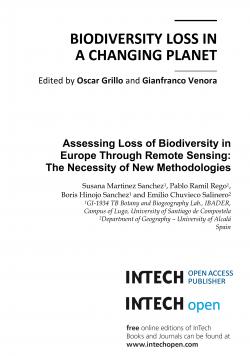